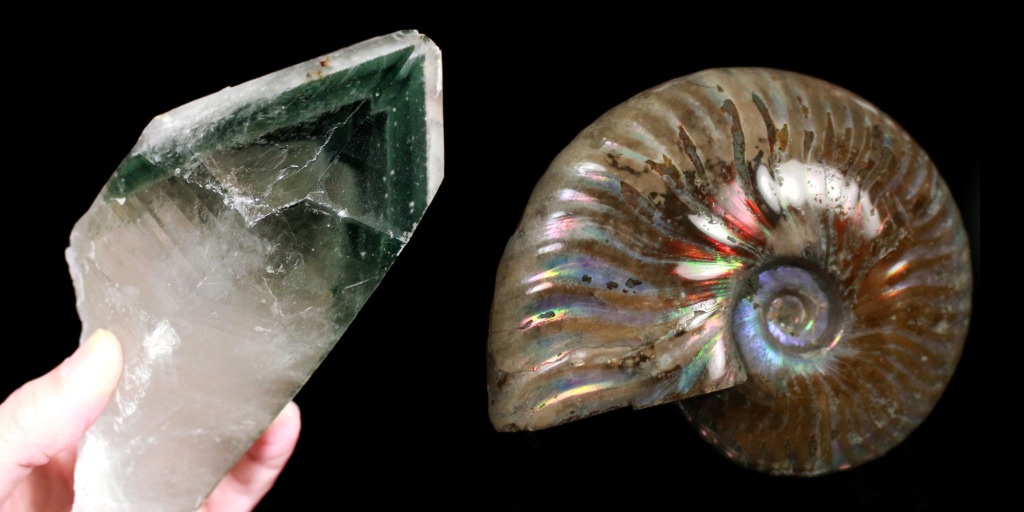 Soul2Shine has some amazing new Crystals to share with you this coming year! This month we are introducing Himalayan Quartz Crystal Clusters from the highest regions of Northern India, including one very rare and special Chlorite Phantom Generator Crystal, as well as some amazing rainbow iridescent Madagascar Ammonite Specimens.

In the coming months we will be adding an entirely new line of Jewelry including Gemstone Bead Necklaces and Sterling Silver Pendants, as well as a widening selection of Spheres, Tumbled Stones, and Minerals!

Some interesting facts about our Madagascar Ammonites Specimens: 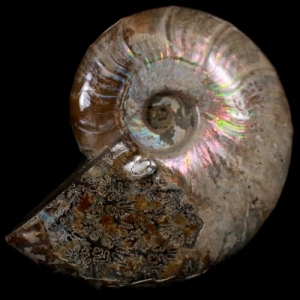 It is amazing to think that these beautiful Fossilized Ammonite Shells were once a part of an Ancient living being roaming Earth's Ancient Seas more than 65 Million Years ago!

Ammonites are perhaps the most widely known fossil, possessing the typically ribbed spiral-formed shell classic of the Nautilus. These creatures lived in the seas between 240 - 65 million years ago, when they became extinct along with the dinosaurs. "Ammolites" are Ammonite fossils found in Madagascar, that display iridescence present from years of compression and mineralization of the Ammonite fossil. These iridescent Ammonites are often of gem quality when polished.

The Ammonite and subsequently the Nautilus are natural formations of the Golden Ratio in action. The famous Fibonacci sequence has captivated mathematicians, artists, designers, and scientists for centuries. Also known as the Golden Mean or Golden Proportion, its ubiquity and astounding functionality in nature suggests its importance as a fundamental characteristic or building block of the Universe. The description of this Golden Proportion as the Divine Proportion is perhaps fitting because it is seen by many as a door to a deeper understanding of beauty and spirituality in life, unveiling a hidden harmony or connectedness in so much of what we see. The ratio itself represents the transcendence of numbers through form.

The Ammonite is a very powerful earth healing fossil. Its spiral shape symbolizes continual change and evolution. Ammonites have absorbed cosmic energy over eons of time and help to stimulate the life force (Chi) within. Ammonites are often used for activating Kundalini and life path energies. The Ammonite is also often recommended to put in the home to attract health, prosperity and success.

Some interesting facts about our Himalayan Quartz Crystal Clusters: 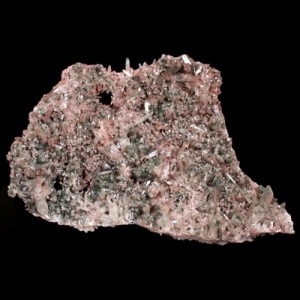 From the High Himalayan Mountains of Northern India come these spectacular, ultra energized Quartz Crystal Cluster specimens. These specimens are included with Chlorite, Kammererite, and Lithium!!! Many of these clusters are plate specimens with both sides being covered in sparkling Crystals! Often they show amazing re-growth, phantoms, Double Terminated Crystals and Twins. These are very special collector pieces that resonate a beautiful frequency.

Himalayan Quartz is found in the Himalayan Mountains of India, Tibet and Nepal and resonates deeply with the amazing energies of this region. Powerful stones that are in the Earth there, and that hold the Divine resonance, are asking to be removed and brought to people who can work with them with loving hearts and spiritual alignment.

Himalayan Quartz is a Storm element stone that provides rapid expansion of consciousness combined with an activation of the grounding cord. These crystals carry the ancient energy and records of the Himalayas within their crystalline matrix. For those with a strong affinity to this area of the planet, working with these crystals will feel like “coming home”.

Spiritual: Himalayan Quartz opens one to vastly expanded states of consciousness. These stones clear the auric field and fill the physical and energetic bodies with full-spectrum Light. Tibetan Quartz assists the physical body in integrating and using this Light as needed for spiritual growth or physical repair.

Emotional: Himalayan Quartzes aid in moving out of attachment to the emotions and into a higher perspective, were emotions are clues as to what still needs to be cleared and released from the energetic field. They assist in practicing non-attachment and non-resistance.

Physical: Himalayan Quartz is primarily for healing and repair of the nervous system, including the myelin sheath, the brain and the nerve ganglia that generate the electromagnetic energies of the chakras.

Affirmation: My auric field is cleansed, energized and filled with Light. I carry and share this Light with all whom I encounter. 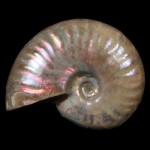 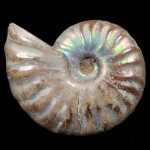 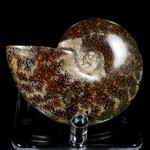 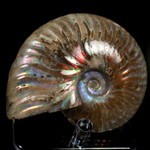 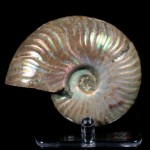 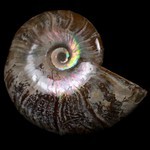 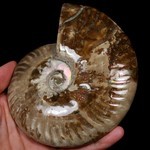 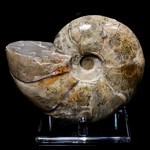 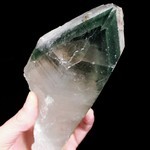 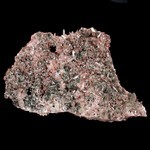